Welcome back to another edition of FNDN's blog!

I wanted to switch it up this week and still keep it related to the cold, but also educate you and give you something that you and your kids, nieces, and/or nephews could enjoy together.

Before we get started, let's be clear on what the Ice Age actually is; it's technical name is 'The Pleistocene Era', which began 1.8 million years ago, and ended around 10,000 years ago.

(Hopefully you'll enjoy reading it as much as I enjoyed writing it!) 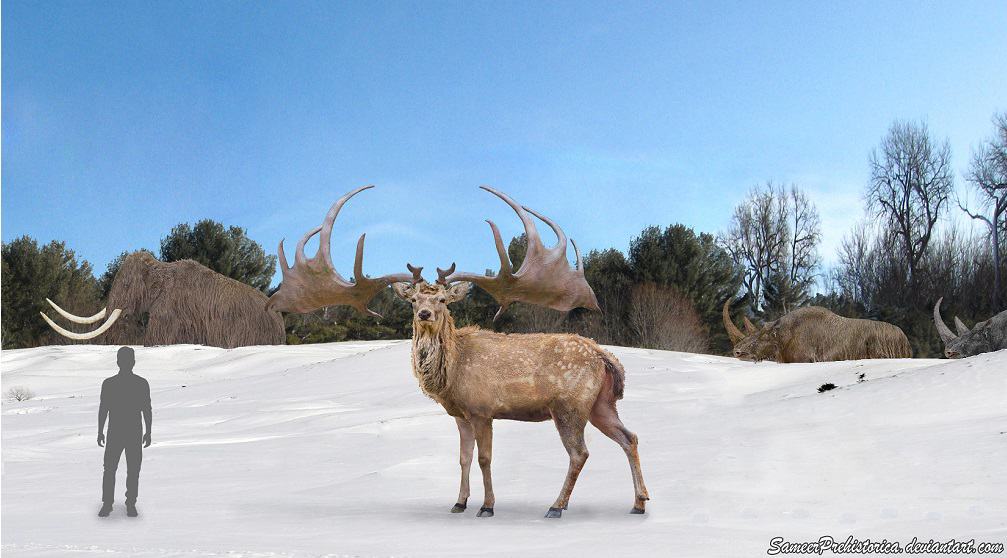 The Irish Elk lived across Europe, Northern Africa, and Asia.

This species of deer is the largest in history, with the biggest fossils measuring 7 feet tall with antlers that measure 12 feet! Imaging tracking and hunting this monster.

The Irish Elk got its name from when old Irishmen would find their remains in Irish peat bogs. The crazy old coots would even hang the found antlers in their home as if they hunted the animal themselves! The name of this beast is no hyperbole; this behemoth commonly weighed up to 5 tons and stood 12 feet tall on its hind legs! That's bigger than any bear known today.

Although it does eat vegetation like its descendants, it was too heavy to climb trees. These sloths would just eat along the ground and whatever they could reach, which was probably a lot seeing how tall they were!

Seeing as they were native to South America, I'm sure vegetation was easy for them to come across. 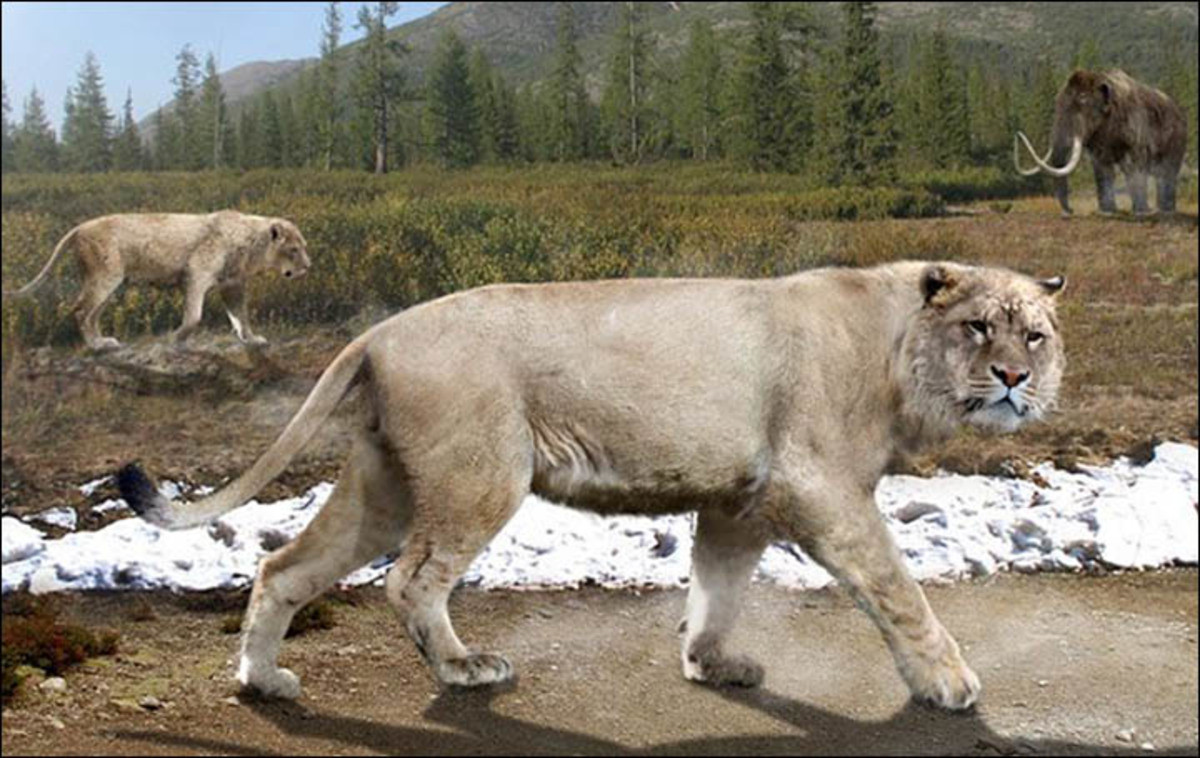 These lions were not much different than their common day descendants.

But just imagine lions roaming freely across North America! It wouldn't be a common sight however, seeing as there aren't many fossil specimens. This leads paleontologists to believe that they were more of a rare species.

The only big difference from today's lions was their size; the largest found was over 8 feet long! The Giant Beaver is the largest known rodent in the fossil record.

The largest remains found measured to over 9 feet in length!

Although it is closely related to today's beavers, it lacked the flat tail found in their modern day descendants. Teratorn is the largest flying bird ever found.

When fully extended, it's wingspan measured anywhere from 19 - 28 feet!

It was even massive when sitting rested, with a height of roughly 6 feet and weighing over 200 pounds. There is one key difference between these bears and modern day ones, besides their size.

They could run 40 miles an hour on their hind legs.

Giant bears already sound terrifying as it is, imagine having one sprinting at you at highway speeds on its back legs. That's like something out of Stephen King's IT. Surprisingly, these gentle giants were not mammoths.

Mastadons ate from trees whereas mammoths grazed from the Earth.

They were a bit stockier and shorter than their wooly counterparts, but still were pretty massive at 10 feet tall.

You want to be the cool aunt or uncle at the next family get together? Whip out this blog post.

Did I miss any massive animals? Let me know in the comments!

Have a massively awesome day,

P.S. In case you haven't heard yet, we just re-opened pre-orders for our super popular FNDN Heated Skin-Fit Base Layer!